Starting in the 1960’s, professional football began to see the rise of the star quarterback as the key to winning championships. Quarterbacks like Bart Starr of the Green Bay Packers, Terry Bradshaw of the Pittsburgh Steelers, Joe Montana of the San Francisco Forty-Niners, and currently Tom Brady of the New England Patriots have become legendary sports figures, largely because of the many championships each has won. 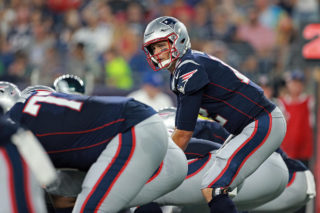 What the era of the quarterback brought to professional football was a highly structured and – most importantly – hierarchical approach to organizing football teams that has subsequently carried forward, metaphorically, in business and culture today. The quarterback of the team calls the plays and leads with authority and control.

The quarterback model has come to represent a common, perhaps prevailing model for the way effective estate planning should be done. Led by a dominant advisor – the one who has the closest relationship with the client – a team of advisors develops and executes a plan focused on tax-minimization, asset protection, and efficient distributions. Respect for this unspoken hierarchy and cooperation among advisors represents best practices in this approach to estate planning.

In 1958, Miles Davis released an album “Kind of Blue” that revolutionized the way that jazz was played and performed. The music that Miles Davis inspired and modeled is now called “cool jazz”; it was a major departure from the music of the past because it created a new freedom of expression, of human emotion and spirit through music.

Another giant of jazz John Coltrane was a member of the ensemble that recorded that album. American culture has for many years been built upon competition – at times cutthroat competition – for money, power, and recognition. Jazz musicians are part of this culture. Yet, somehow the conditions that were created in the preparation and execution of this album, allowed many talented musicians to perform in collaboration like never before. The result of their efforts is now legendary.

By analogy, multi-generational planning and wealth management could be conducted like a jazz ensemble; that is, with a collaborative team of advisors working to bring out the best in their individual and collective efforts. We suggest that the way to improve our prospective success as a multi-disciplinary profession is to become more like a jazz combo than a football team; that the future of multi-generational planning is not about vying for dominance and control but rather more about collaboration.

Continuing our efforts to develop “The Jackson Institute for Wealth and Wellbeing”, a small group of us experienced a unique wilderness adventure in August. Led once again by Jackson resident, botanist, educator, and outdoor adventure guide Trevor Bloom, we hiked, camped, and fished in a remote, private, permit-only area outside of Jackson.

What was so special about this particular hiking, camping, and fishing experience (after all, aren’t such experiences commonplace in Jackson)? Inspired by our vision for the institute, we were exploring how we might capture and capitalize on the abundance surrounding us in Jackson to facilitate and create experiences for families and family leaders; experiences that might elevate joy, connections, and gratitude; experiences that might foster curiosity, wonder, and imagination.

The next Jackson Institute for Wealth and Wellbeing community learning events will be held later in September. Together we will build a platform to gain clarity and be intentional achieving a life well-lived and creating the impact we desire. You will:

Discovery consists of seeing what everybody has seen and thinking what nobody has thought.

– Albert Szent-Gyorgyi (Winner of the Nobel Prize in Medicine, 1937)

Recently, one of our Certior Group co-collaborators Erik Gabrielson conducted a multi-generation family meeting in Minnesota. Another co-collaborator Ron Nakamoto, assisted Erik and participated as an observer. After reflecting upon the meeting, Ron shared the following thought-provoking observations about family leadership:

These thoughts and ideas will undoubtedly inform the ongoing work that we’re doing here at The Certior Group. In addition, Erik plays an integral part in our ongoing Wealth and Wellbeing Community. I’m grateful for the progress we’re making in our efforts to help our colleagues, clients, and community optimize True Wealth.