Thurman Munson was an All-Star catcher for the New York Yankees in the 1970’s. He was one of only 4 catchers in Major League Baseball history to win a Rookie of the Year Award, a Most Valuable Player Award, a Golden Glove Award for fielding, and a World Series title during his career. Tragically, in 1979, at the peak of his career, he died when he crashed while piloting his own private jet.

Munson had purchased the jet a year before the crash so that he could fly himself home as frequently as possible from New York to Canton, OH where his family lived. He was still taking flying lessons when the crash occurred. 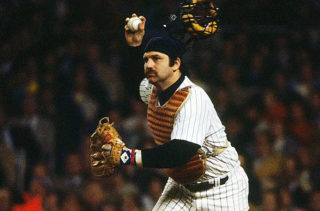 Thurman Munson died from the injuries he suffered during that crash. He was 32 years old. He was survived by his wife and three children. The New York Yankees, the defending World Series Champions from 1978, finished fourth that season. They would not win another championship for 18 years.

There are many lessons to be gleaned from this story. Here are three that come to mind for me:

It’s one thing to buy a jet (actually and metaphorically); it’s another thing to fly it. By analogy, many of our clients “buy” sophisticated financial and legal (trust, estate, tax, and corporate) structures. And by analogy, we’ve made it our focus to facilitate collaboration among other high-level professionals and oversee the operation of these complex financial and legal strategies.

Despite our good intentions, there are unintended consequences to the things we choose to do. We intend to do good things with and for our family, friends, and colleagues. But are we ignoring risks that will permanently impact those around us?

We cannot delegate our presence. There were multi-million-dollar lawsuits and settlements as a result of the Munson crash. But the money could never replace Thurman Munson as the New York Yankee’s catcher, the husband, and the father of three children. Our contributions to others are important and valuable; perhaps more valuable than we fully realize.

We launched “The Jackson Institute for Wealth and Wellbeing” on Friday, July 20th.

By most accounts, a good time was had by all, The support of a community of like-minded people is invaluable in building and maintaining an optimal wealth and wellbeing mindset. We missed those of you who couldn’t attend and a big “Thank you” to those of you who attended.

We also hosted a hike in Grand Teton National Park with botanist, educator, and outdoor adventure guide Trevor Bloom. As we expected, it was an experience like no other, hiking through wildflowers and the incomparable Teton terrain.

The next Jackson Institute for Wealth and Wellbeing community learning events will be held later in August. Together we will build a platform to gain clarity and be intentional achieving a life well-lived and creating the impact we desire. You will: